The nights of June 17th, 18th, and 19th (Saturday, Sunday, and Monday nights). Regular room prices will apply, but guests will receive a $200 gas credit per booked room at the Critter Cove Pit Stop. The halibut are often still in tight to Escalante and Yuquot early in June so hopefully bottom fishers won’t have to venture too far.

The nights of June 26th, 27th and 28th (arrive Monday and depart Thursday) have these special room rates (BYO boat):

These prices are for the trip, not per night, and for the unit, not per person:

Entry and Room fee for the Derby (per couple for event, not per person or per night):

Shawn won first place with his 24 pounder, and Jenna was a close second with her 23.5. This is the first time both first and second prizes were caught by a couple.

2019 – Carry Armstrong with Claus Sandhack on the Green Monster won with a 33 pounder, and Mia Kenny won second place with a 29 pounder.

2018 – Dale Graham and Wayne Wall, second prize and second prize Kathie Gabelein – I’m very late on the updates and I can’t quite remember the weights. I think they were 25 and 22 pounds.

2017 – Larry Rose with Anita was our winner for 2017, and second prize was Bill Sheldrake

Cameron, Brian and Randy at the awards ceremony: 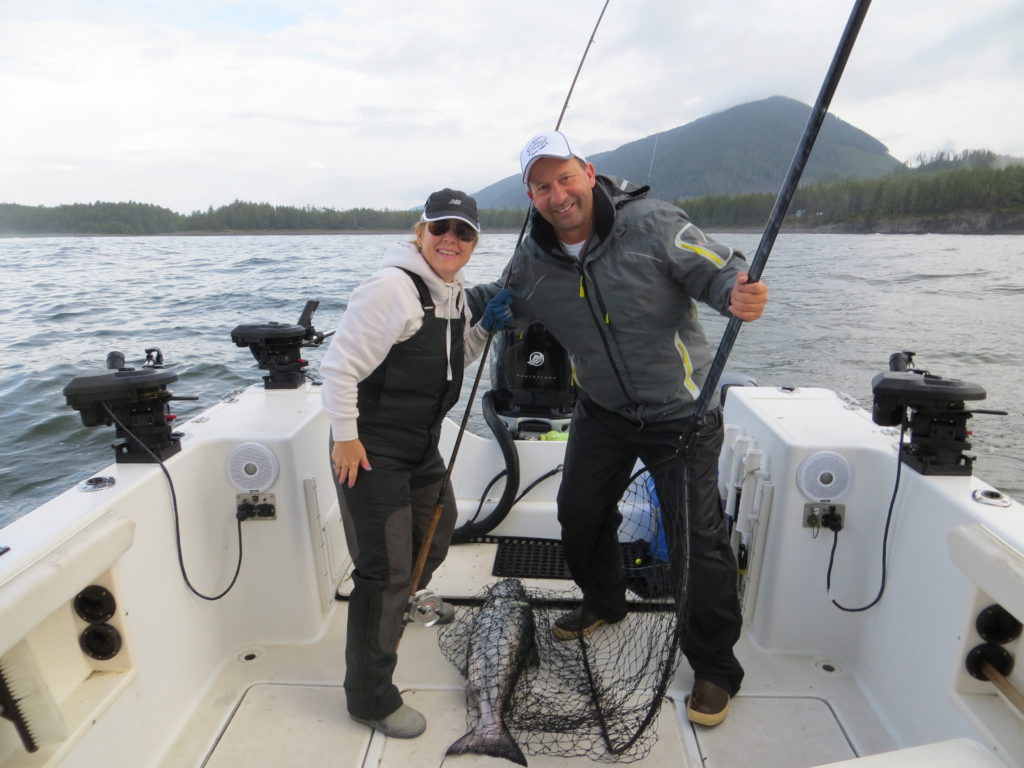 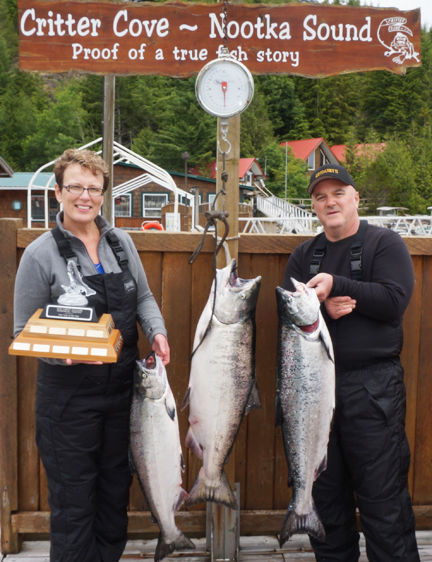 2013 winner: Julie Kelly (yes, that’s Julie and Grant from Getdanet and Kelly Pilchard fame) with a 30 and a half pounder. Close second place was Mike McGlogan with a 30 and 3/8 pounder (just a 1/8th of a pound smaller). Mike was one of the crew on the Green Monster.

Here’s a picture of Grant and Julie with their winning fish on the scale. The Lorne Halcomb memorial trophy, which Julie is holding, is awarded to the angler who brings in the first Tyee of the season.

Picture of the crew of the Green Monster. One of these fish is almost 30 and a half pounds and took the 2013 second prize.